I read multiple stories of famous people, but none like what I’m about to share. Futurist Michael-John Toste and Author of—The Prophetic Matrix: Unlock the Secret Code to Your Destiny, shares his showbiz journey in this page-turning memoir. The first chapter, “Star Power,” pulls back the curtain, allowing readers to glimpse into his days as a rising young rock star. Ultimately, he fled stardom after an illuminating discovery that dramatically altered his future forever. 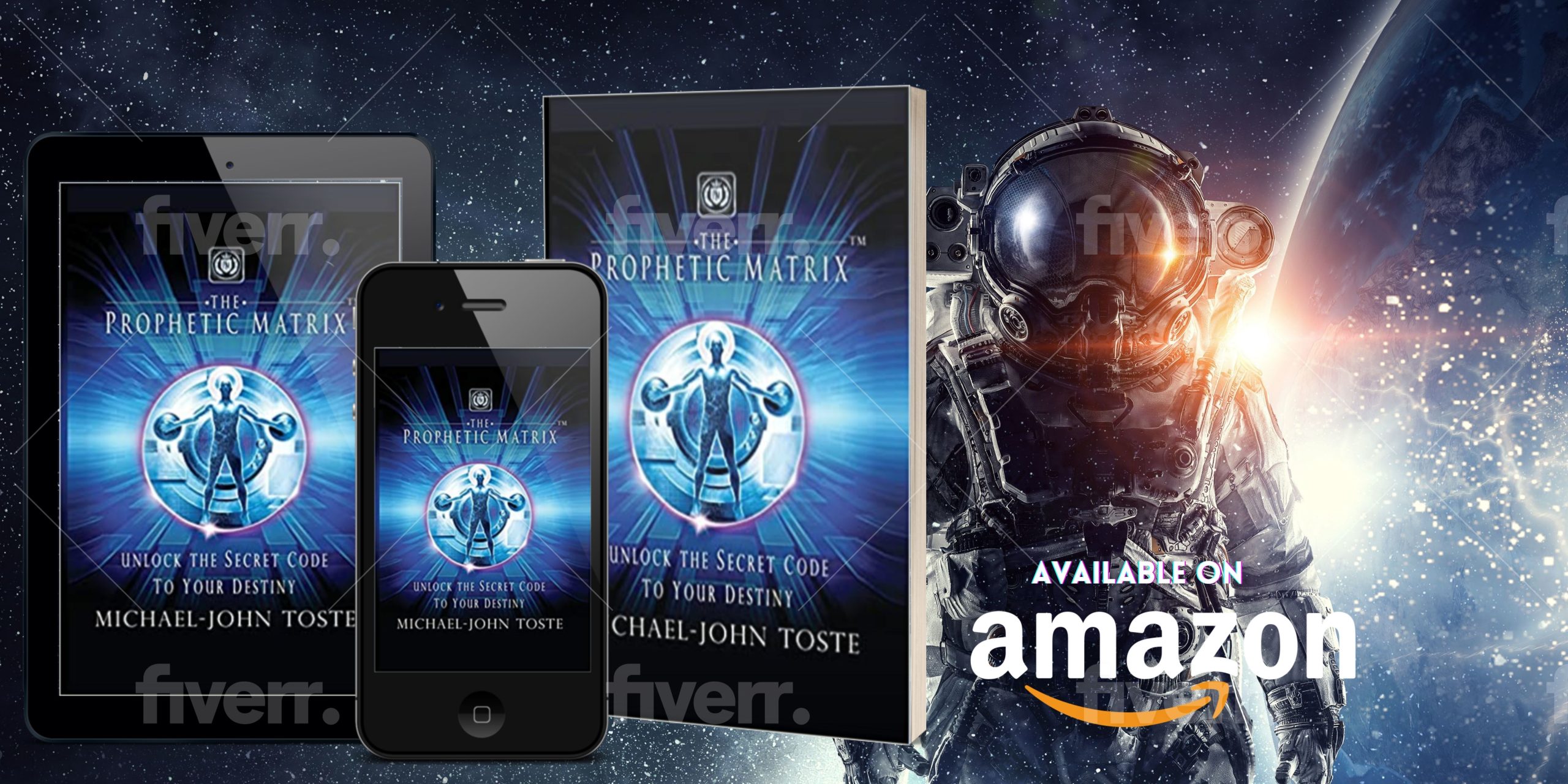 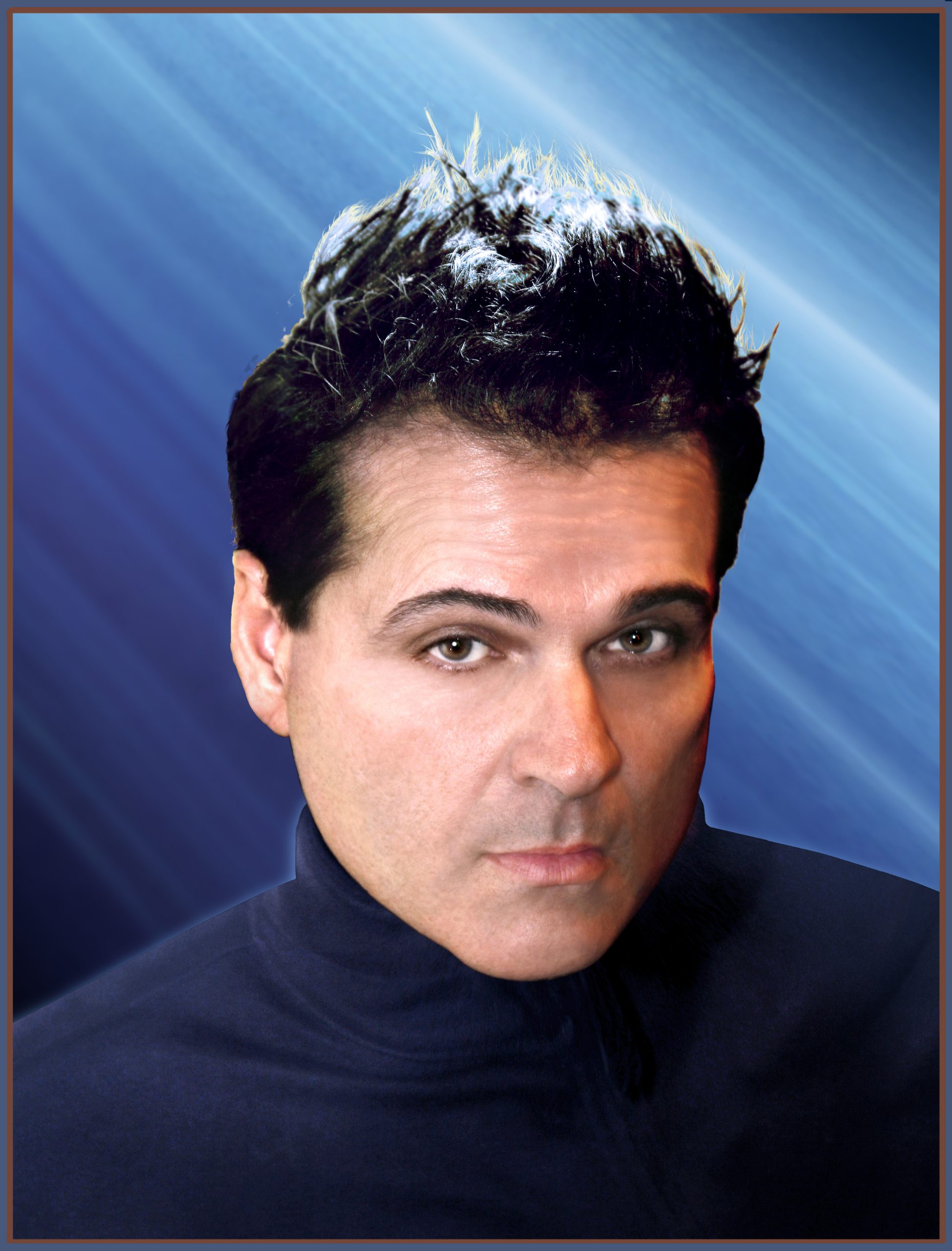 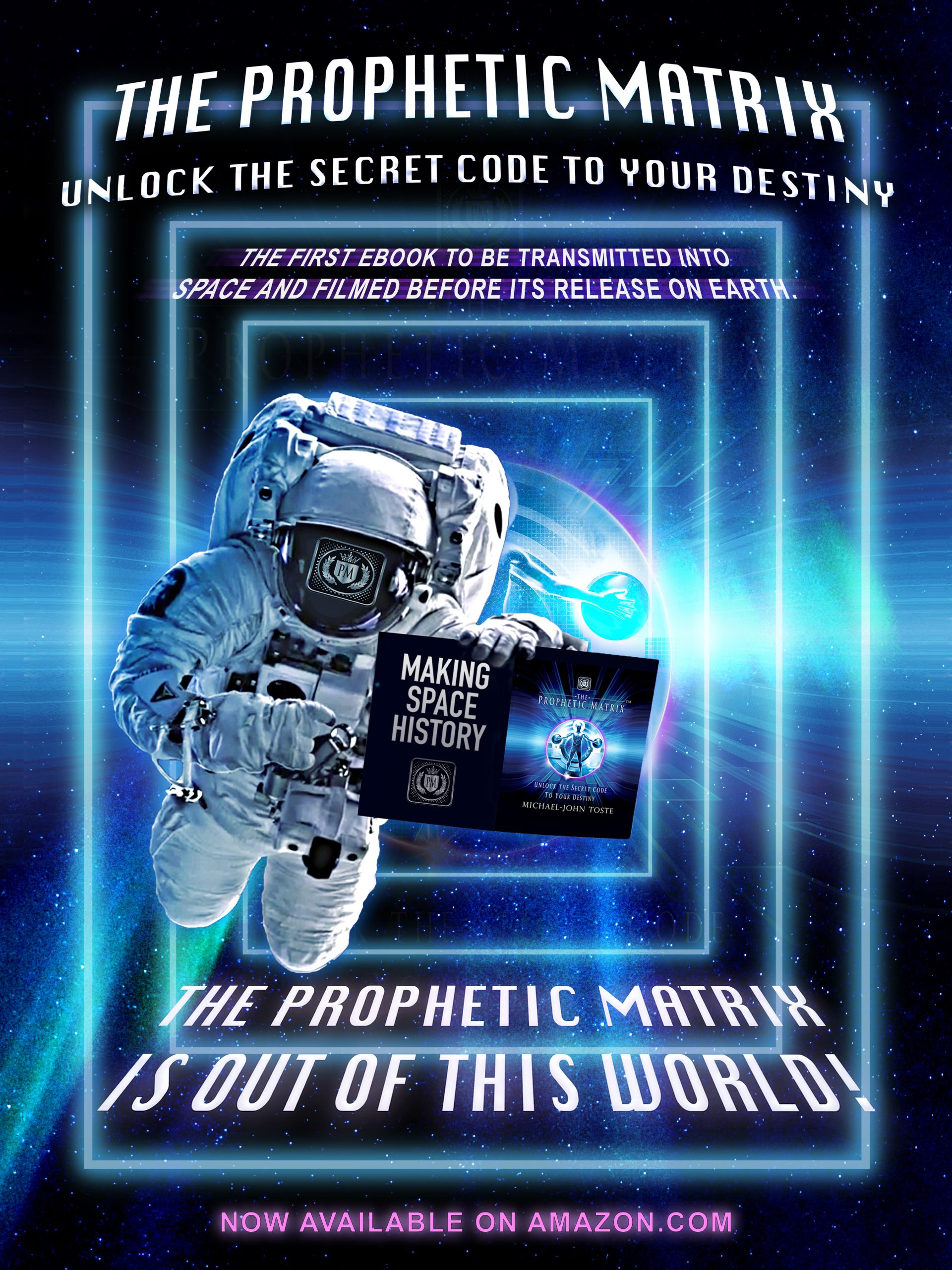 Each chapter in Michael-John’s story ignites curiosity about the future and our destinies. His autobiography even made history. The Prophetic Matrix was the first eBook to be digitally transmitted into the International Space Station and filmed inside the Destiny Module as the ISS orbited the Earth for 19 days in September 2021.

The eBook then descended to Adelaide, Australia, at Immanuel College for its global release. No other literary work in the publishing industry accomplished a feat like this! The autobiography not only touched the heavens, but it also transforms the reader’s heart and soul.

The pages of The Prophetic Matrix communicate with a modern tech, pop culture perspective that connects the rock star’s extraordinary life with lessons he learned.

At the beginning of his story, Michael-John talks about his dream of hitting the big leagues in the music industry when he was a child watching American Bandstand. His vision of singing before millions became a reality years later.

“Well, watch out for what you dream-it may just happen!” Wise advice from the “Dream Fields” chapter will encourage you to reach for your dreams. The author shares a true account of a triple-A baseball player he was destiny coaching. The young athlete is blessed with an incredible breakthrough into the big leagues, wins the World Series, and captures the heart of his dream girl. The Comeback Kid prophetic narrative will warm your heart—it’s the perfect script for a Hallmark Movie.

Throughout Michael-John’s voyage, he searches for truth and the hidden secrets of knowledge. “The New Truth Revolution” chapter peers into the future and reveals what’s coming next. The author states, “In this age of microtechnology and mass media, it seems everyone is seeking the truth in one form or another.” Indeed, people are tired of the lies. They’re becoming truth-seekers in this new movement that’s crossing international borders. “So, the real question is . . . can you handle the truth?”

The book then segues into “The Ultimate Intergalactic Superhero” chapter, which is one of my favorites. It observes society’s fascination for superheroes and their sci-fi space adventures featured in blockbuster films like Star Wars, Guardians of the Galaxy, and Star Trek.

Michael-John masterfully explains why the lives of these extraordinary characters significantly impact us and what drives millions of people to run into theaters and watch these riveting superhero sagas. The answer is profound and will awaken your desire to achieve greatness.

The “Faith Is A Time Traveler” chapter is another eye-opener; the quote from H.G. Wells examines this intriguing topic: “We all have our time machines, don’t we? Those that take us back are memories. And those that carry us forward are dreams.” Who isn’t captivated by the ability to journey through time? This segment catapults you into a new dimension of unlimited thinking beyond the temporal. It’ll rock your world!

The book’s last chapter ends with “The Final Frontier.” Michael-John opens this segment by declaring, “Reach for the dream that no one’s obtained, and you will discover the treasures you have rightfully gained on the final frontier.”

He invites you to leap aboard for a tour de force odyssey that promises a phenomenal future. As you join him in this enthralling adventure, you’ll discover the keys to unlocking the secret code to your destiny, as he does.

The Prophetic Matrix takes you on a fantastic voyage. Just as Michael-John’s eBook orbited the Earth for 19 days in the International Space Station, it will launch your life into a new orbit after you read this inspiring memoir. The golden nuggets on each page will empower you to reach for the stars and live the life of your dreams.