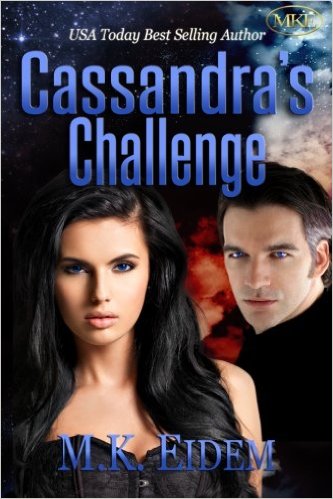 “It’s a lovely long book of love, loyalties,adventure,space, alien world’s and also great sadness and loss. The courage to overcome and find justice not revenge, compassion and forgiveness not hate. To demand the right to choose and not let someone else take that right from us. I chose this rating because it is well written and has all the things I said above. I recommend it it be read only by someone over the age of 18 because of the sex in it. Thanks M.K. it was a great read.” By Alicia Carter/ Alice Addie

“I loved the story. It was a bit predictable but I really enjoyed it.

Now the criticism. The spelling, grammar and punctuation were truly appalling. Whoever edited this prior to publishing should be hung, drawn and quartered! Normally you’ll get one, maybe two mistakes per book. It’s to be expected. This book is riddled with them. I had to keep going back over certain sentences because the punctuation was either missing or incorrect and I interpreted it wrongly in my head! It requires a complete re-edit to fix all the mistakes as they are on every page.
It normally wouldn’t have bugged me. By the last few chapters however, I was ready to skip straight to the end just to escape the errors.” By Jodie Hansen